Hello, it’s Johanna and Susan from Kuunkuiskaajat! We have composed and written a new album with great songs. The whole band is waiting for a studio recordings with ants in the pants. This is why we are seeking crowdsourcing to finace this new album.

We are Johanna and Susan, and together we are Kuunkuiskaajat.

Our band was formed in 2008 from our passion to create our own music. Our first album Kuunkuiskaajat was released in 2009 and one of its songs “Työlkillää” was selected to represent Finland in the 2010 Eurovision Song Contest in Oslo. We are well-known also from world music band Värttinä,

Now we are fulfilling our next dream, the subsequent Kuunkuiskaajat album, which we have been preparing already for three years. This album will be fully of our own production and we have composed, written and sang all the songs. Our aim is to get our new songs out there for you and the whole world to hear.

We have decided to take reins and will realize the next Kuunkuiskaajat album ourselves, with our own work and according to our own requirements. It will be done without instructions and demands from a record company and most of all without their financial support and dependence on them. In order toachieve this, we will need your help and support.

When you are producing a record to a high standard, as we want to, you need to cover all the following:

When we will have managed to collect:

If you support our project between the 10th of March and the 31st of May you will help us realize our dream. As a thank you for your contribution you can choose from the following options:

If you got interested in our venture, making a record will become our joint project. We want to keep you up to date during the whole process. The best way to connect with us is through our Kuunkuiskaajat facebook page.

With your help the new Kuunkuiskaajat album can become reality the latest by August 2014.

Thank you so much in advance!

Give wings to our dream – Susan & Johanna

Kuunkuiskaajat is a folkmusic duo. They represented Finland in Eurovision Song Contest 2010 in Oslo. The girls are well-known also from world music band Värttinä. 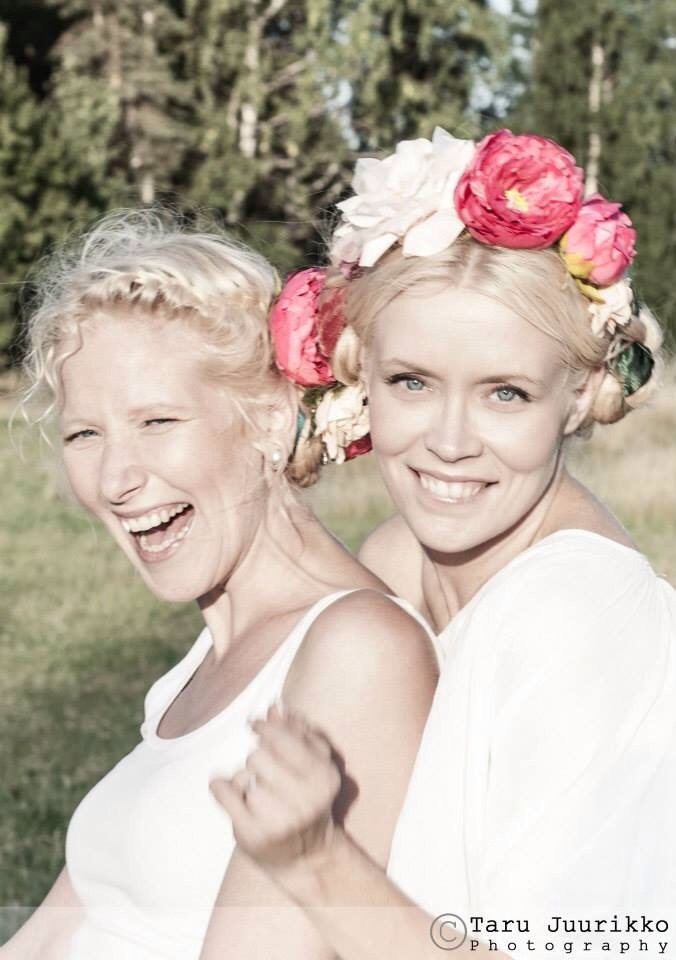 Download Kuunkuiskaajat new album in Apple Lossless / FLAC file.
Have your name added to the acknowledgments on web page.

Download Kuunkuiskaajat new album in Apple Lossless / FLAC file.
Have your name added to the acknowledgments on web page.