Magic Violin – album has a content reaching up to North, South, East and West. The themes and genres of the pieces of music included are divided into four sections, reflecting the ever changing character of the violin as an instrument adapted to varied cultural contexts. Be a patron of my campaign by supporting the Magic Violin-campaign, which also celebrates the 35 years anniversary of my musician’s career! My album brings you an exotic breeze from around the world.

I became attached to the violin from early childhood. Since then the instrument has followed me everywhere, finally ending up being my profession and highest ambition. My work trips have passed through the Egyptian Revolution and North Korea; I have played at gipsy camp fires in Russia and composed music at the roots of the Great Pyramids. I have had a unique chance to get to know different people, instruments and new ways of musical expression from around the world. It is amazing how flexibly violin suits to every country and its culture!

My life as a violinist has been a turmoil with different music projects, competitions, recordings and trips. I have been producing music to Finnish Gymnastic Events (Helsinki Ice Hall YLE 2, Nordic Evening of Gymnaestrada 14th July 2015), and been exposed in media from the context of rock- and festival concerts, the latest big event being the 50-yrs anniversary Gala Concert of Jari Sillanpää at Helsinki Olympic Stadion in 2015. I have worked also with Tarja Turunen, Paleface and concert organist Kalevi Kiviniemi – violin goes hand in hand with rap, pop and classical music as well!

I am facing now a fascinating challenge of my debute album Magic Violin, which brings up my 35-year- long career as a violinist. Because of the vast range of my music experience, the album is divided in four separate sections, articulated as four main directions of compass. The pieces played in the release – covers, traditional tunes and original compositions – take their form and content from different corners of the world, offering a window to violin music from opposite geographical and cultural environments. I have worked on these pieces together with the great cinema music composer, rock singer and music producer Samuli Laiho.

Magic Violin tells my story blending sensuous, dynamic and spicy musical features into an exciting cocktail. I can’t wait to deliver this spectrum to You!

I have been carving these pieces of music into my album step by step, aside the rest of the production and performance work. Five out of seven pieces have been completed during 2012-15. I have mainly financed the production by myself, while hiring a team of top professionals to do the recording and guest instrument parts. Sometimes the pieces have been born out of a client’s demand, i.e. the medley Under The North Star, which was used in festival performances of a top team from Olari Gymnastics Association, having won seven World Championship gold medals.

Now it is the time to wrap up the sleeves and complete the album by producing and recording the 3 unfinished pieces, and also to complete all the tasks included in the complex process of a CD publication. However, for this effort I am going to need Your help, dear music lover! I am facing two intensive months of production (March-April), after which the album will be complete. The biggest upcoming expenses will include the studio rent, costs of mixing & mastering and the printing of the CD itself. The campaign will be crowned by a live concert for the publishing event, taking place in Cafe PIRITTA on 14th May, when You have the chance to experience the Magic Violin going live!

WHAT YOU WILL ENABLE BY SUPPORTING THE MAGIC VIOLIN

By taking part into financing of the Magic Violin, You will be the one who helps to bring publicity and existence for cross over violin music, a less known music genre in Finland. You will enabling the continuity of my life long work as a musician. I will consequently strive to offer people inspiration from the world of violin, highlighting the importance of handmade music and its great value as a hobby as well as a profession, for everybody’s delight and benefit.
By becoming my patron You will encourage me to believe that may I not only complete my album, but also proceed later into publishing a pedagogical opus of violin, representing young students the unlimited and fascinating potential of the violin!

Once it’s finished, my album will function as my visit card to the world, bringing more audiences and more invitations to perform at music festivals and events. Additionally, the profit from the CD sales will support my life as a musician and enable me to continue my vocation as a music performer, producer and pedagogue.

THE GOAL OF THE CAMPAIGN

There are quality items available according to the amount of your donation.
By taking part into financing the campaign, You will receive the album OR any other product/product package to your home by post. You have an interesting selection of fan products to choose form, i.e. postcards, mug or T-shirt with campaign logos and pics. In case of a CD – purchase, You will receive it before the official release date! If You desire to donate a bigger sum, you’re entitled for a private performance for your event! In case the minimum financial goal is not reached and therefore the album release remains undone, your donation will be returned back to You.

With the minimum goal of donations I will get the album released, and with the maximum goal I would also be able to cover the main costs of the publication concert. If the campaign does really well and exceeds the maximum goal, I would be able to pay myself a salary for part of my working hours included in the course of production.

I HOPE I GOT YOU ALONG TO THE ADVENTURES OF MAGIC VIOLIN!

You may listen to the only song from the album already published in Spotify as a single: “Siks’ oon mä suruinen” and follow up the process of Magic Violin production at its Facebook-page or in the blog of my site http://www.merviviolin.com/blog/, which offers more in-depth information and background stories of each and every piece in the album! 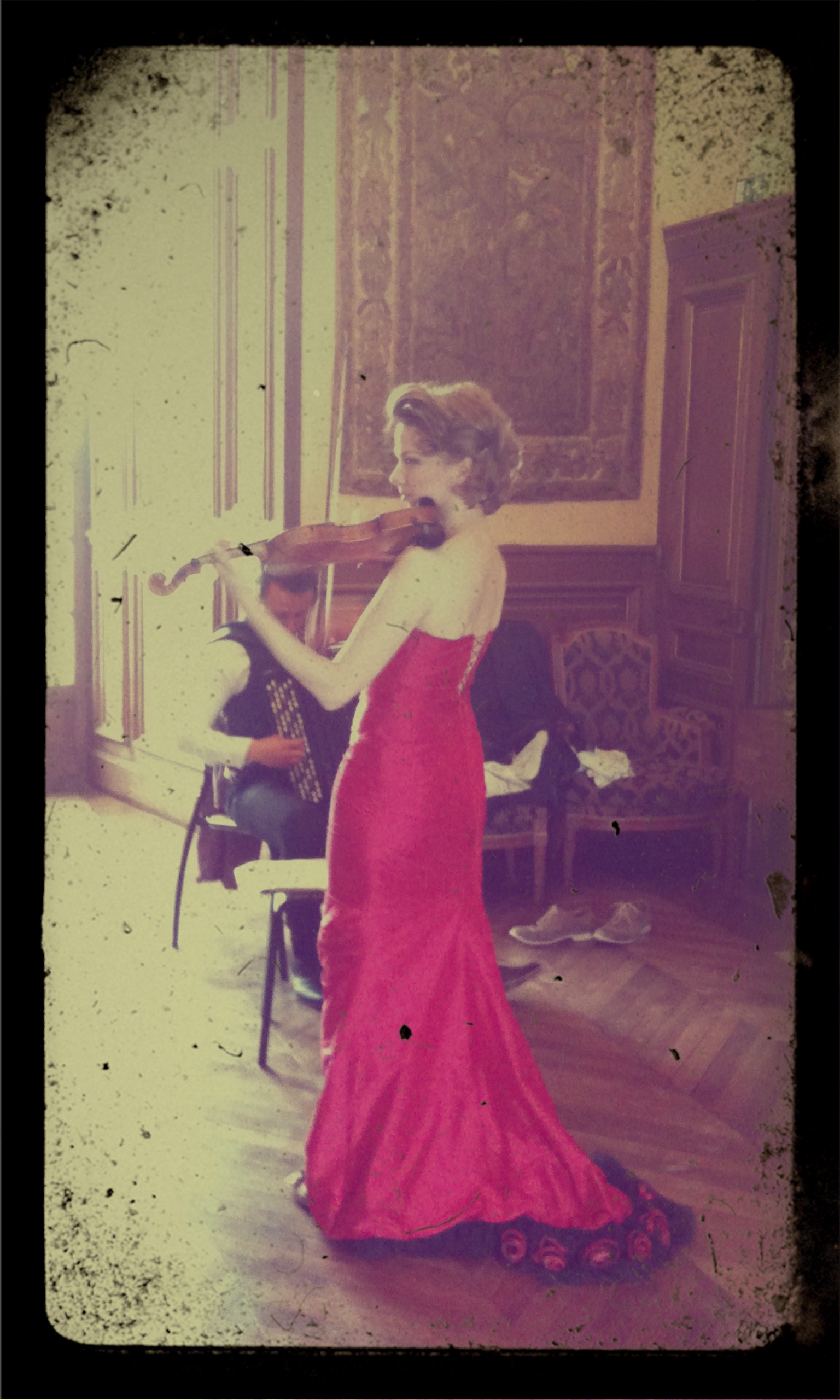 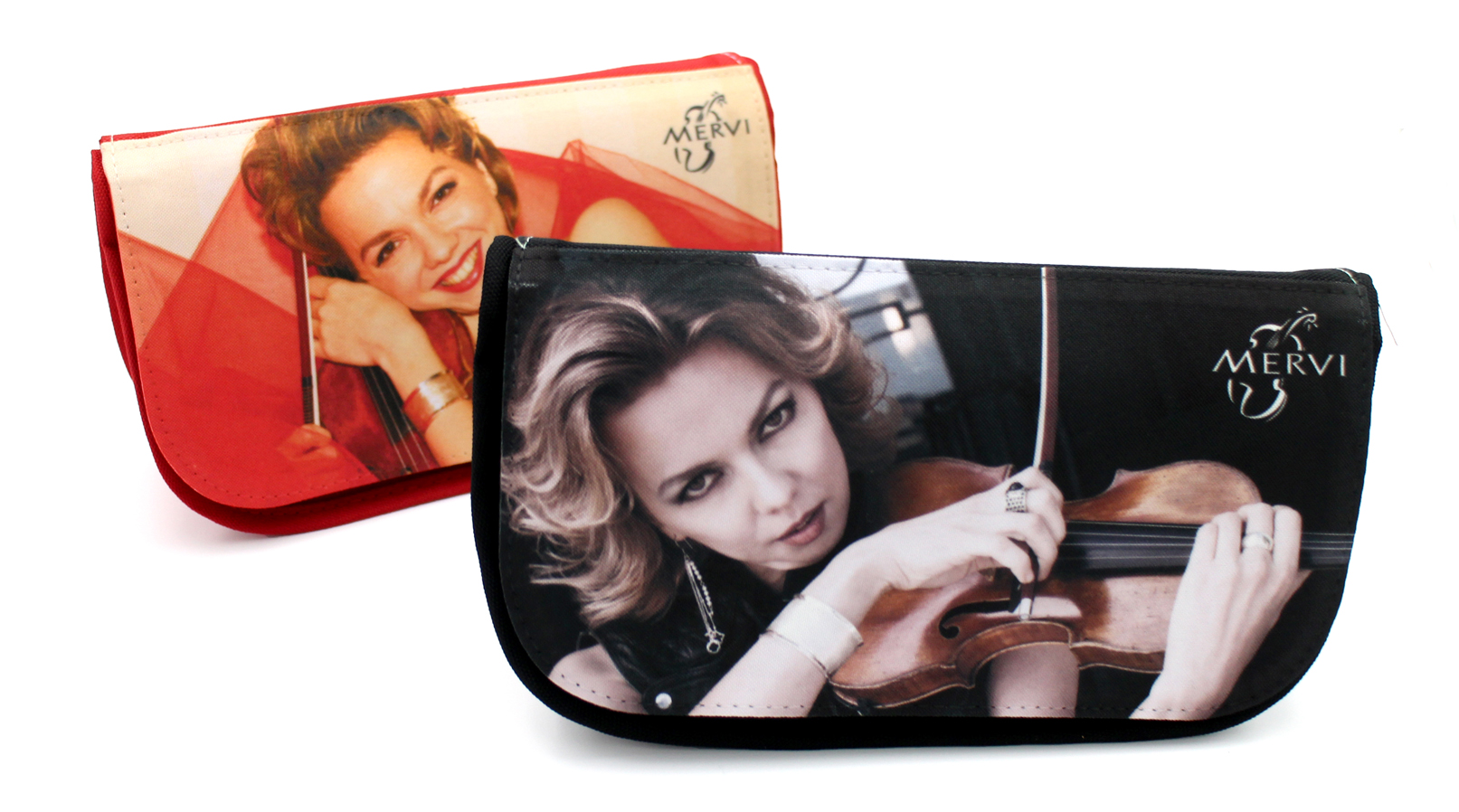 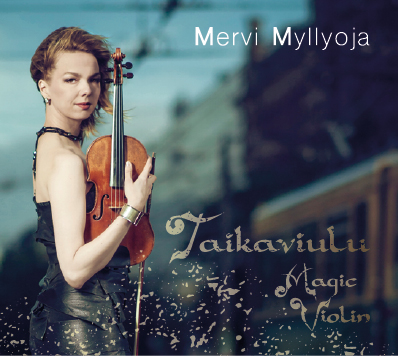 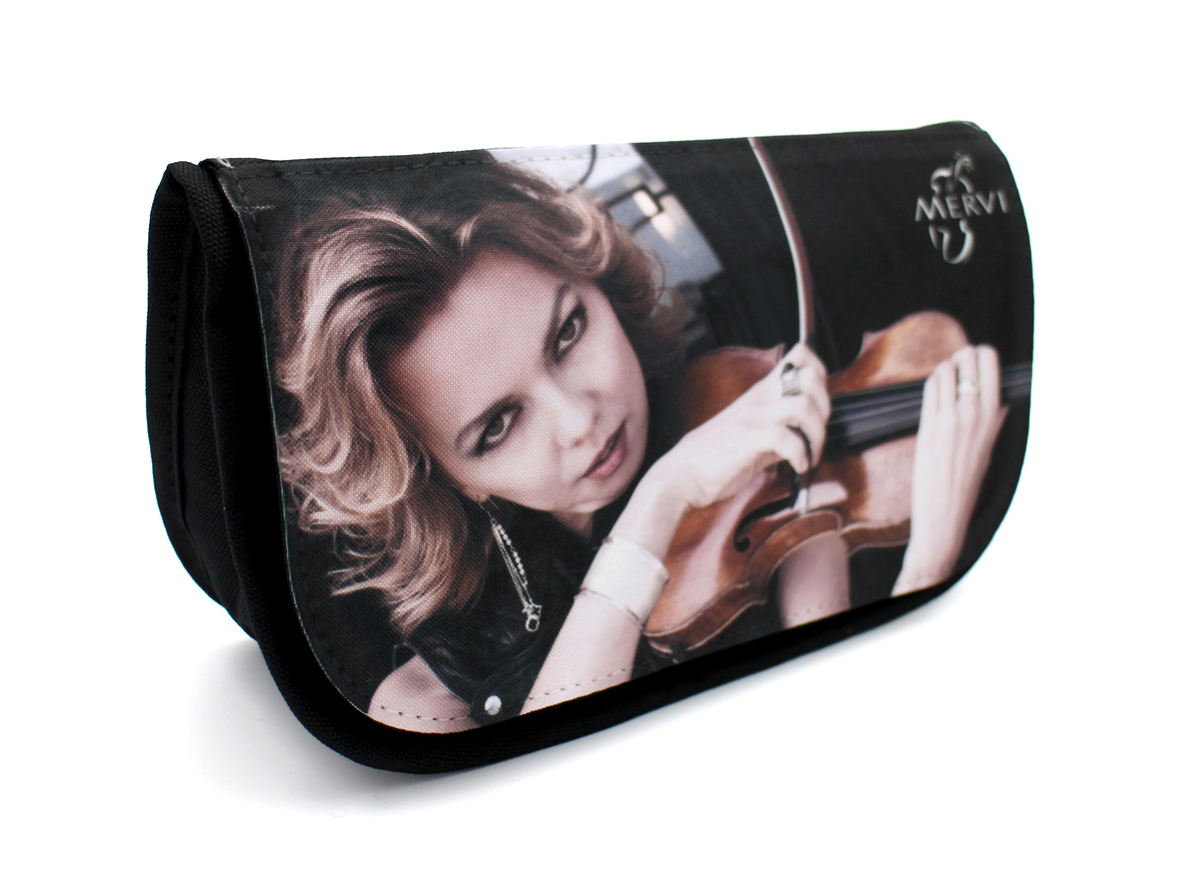 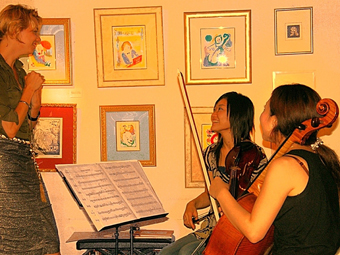 Magic Pack is a magical music surprise for You, who desire a music lesson for Yourself or your kids and a mini-concert on top including pieces from Magic Violin-album! This session of 60 mins duration is fit for a cozy weekday evening or as a special weekend programme. The specs of the lesson will be agreed upon in phone after the order has been made. Magic Pack serves as a general music lesson (could be also taylored for violin or piano) and the concert part for inspiration to music practicing. The session comes with a Magic Violin mug. Available within the Greater Helsinki area without travel costs. Travel costs. Delivery to be agreed upon separately. All products are sold free of VAT. 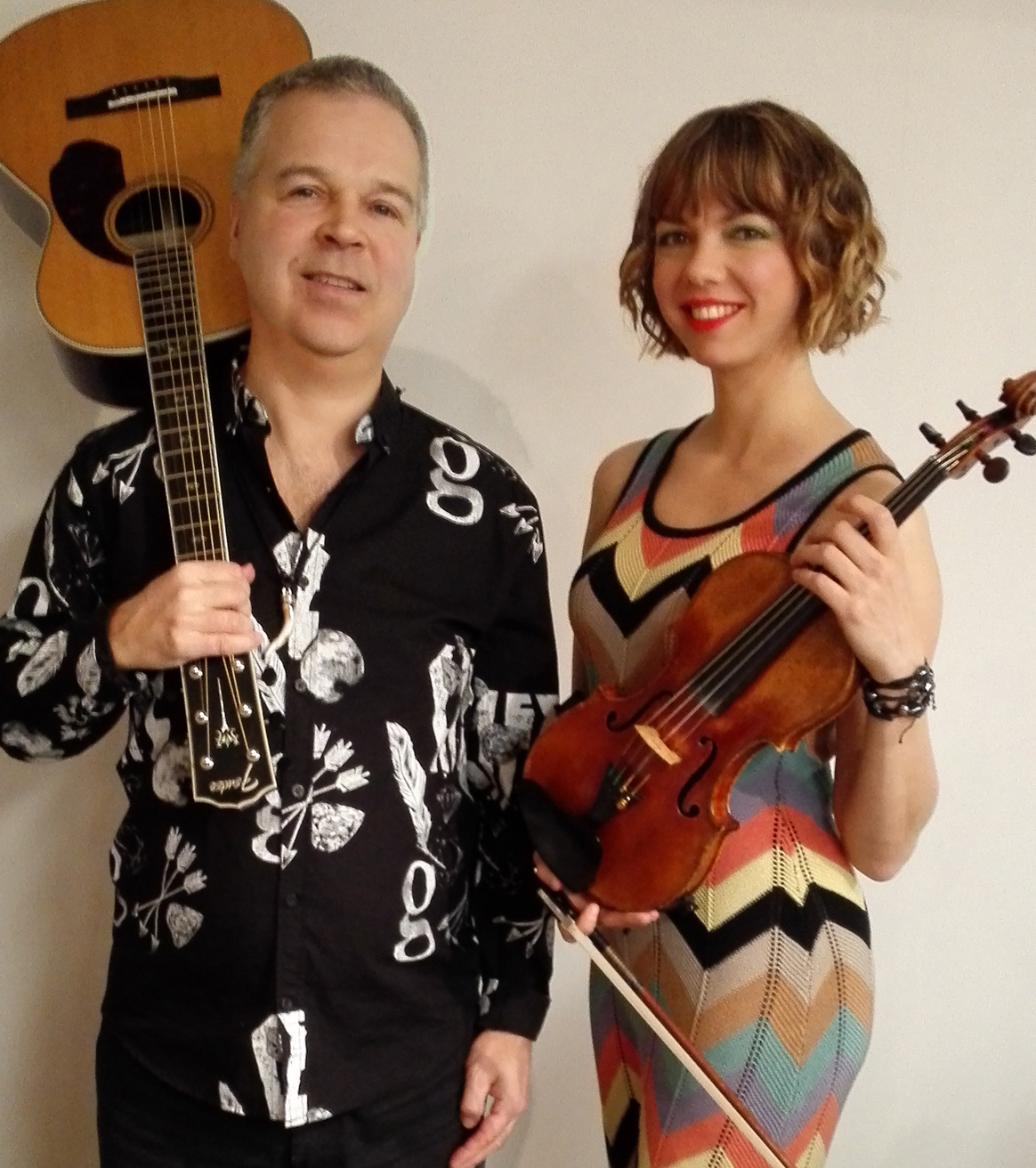