We need your help to finish the new short animation by young and talented director Elli Vuorinen!

Sore Eyes for Infinity (10 min) is a short animation directed by Finnish animation director Elli Vuorinen. The film tells a beautiful and heartfelt story about the feelings of anxiety and helplessness we all sometimes feel when trying to cope with the world around us – and about the equally familiar need to take a break from it all.

The story focuses on an optician whose workday is interrupted by a line of extraordinary customers. One by one, she has to witness them using her optical equipment in very unexpected ways. The film uses the colorful language of animation to raise important questions: Is it alright to just close your eyes if facing reality sometimes feels like too much? Or would it actually be better to try and change what you see instead?

Here’s the deal: the film’s budget is still missing the final 10%. It does not sound like much, but the remaining portion will play a crucial role in determining whether or not the film can be completed according to our artistic vision; otherwise, we are in grave danger of having lack of time and resources dictate the final look of the film. Time is a particularly important resource for us because Sore Eyes for Infinity includes classical, hand-drawn animation—expensive, time-consuming and arduous work, we know, but the gorgeous end results are worth every cent!

The campaign is the first Finnish crowdfunding campaign organized to fund a professional animation production. By supporting the film, you will also support Finnish art animation and the Finnish animation scene in general.

All funds gained through the campaign will be used directly for making the film, and, naturally, all support we receive will be rewarded with some of our unique and imaginative perks!

Elli Vuorinen is a talented young animation director based in South-Western Finland. She has directed three acclaimed short animations that have been shown at more than a hundred film festivals around the globe and awarded with numerous international prizes. Two of her films, The Tongueling (2010) and Benigni (2009), can be viewed below; the third, Sock Skewer Street 8 (2013) is included in the perks.

Elli graduated from the Turku Arts Academy animation program in 2011. Along with directing Sore Eyes for Infinity, Elli is in charge of the film’s character and background design. Read more about Elli at http://ellivuorinen.com/

We founded Pyjama Films in Turku in 2015, strictly out of our love for animation. Sore Eyes for Infinity is our very first own production and an important step for our studio. For more information on Pyjama Films, visit: http://pyjama.fi

Each €1,000 collected through the campaign will be used to cover one week of an animator’s work. The target of the campaign is €9,000, which will allow us to hire an additional animator for the project for a two-month period.

A simultaneous campaign for the film is currently active on the internation Indiegogo crowdfunding site, aiming for a total of €9,000. The total amount we wish to get together by the end of these two campaigns is €13,500, which will allow us to hire an animator for three months—the duration of the entire production. The target sum amounts to 10 per cent of the film’s €135,000 budget.

All support received will be put towards the creation of the film; however, value-added tax (24%), perk expenses (some 15%) and the crowdfunding platform provisions (6–7%) will be deducted from the total amount.

To show our gratitude, we would like to offer you an amazing selection of unique rewards, each of them named after the characters and devices in the film! You will receive a reward for even the smallest support; of course, the perks will become increasingly impressive as the supporting sums get bigger!

The perks of the campaign are unique and the items will not be available after the campaign. If you support the campaign by the end of November, we will ensure that you will receive your rewards by the winter holidays! (The film will be completed in the spring of 2016, so you will need to wait a little longer for the download link and the picture book!)

Although it is technically her film, Elli is not the only person behind Sore Eyes for Infinity; in fact, we have quite an impressive team of animation professionals working for the film!

Kari Pieskä‘s graduation short film No Time for Toes (2013) has been shown at over 30 international festivals; it has received eight different awards, including the Tampere Film Festival special prize and the audience award at the Hiroshima Animation Festival.

The compositing work of the film is in the hands of multi-talented animation professional Samppa Kukkonen, whose handwork can be seen in the music video for the song Punainen Komentaja by Finnish rock band CMX.

Jani Lehto has had an extensive career as a sound designer. He created the sounds for Elli Vuorinen’s previous films, receiving the Best Sound award at the Fantoche IAFF festival in Switzerland and the Flip Animation festival in England for his work.

Terhi Väänänen is the producer and CEO of Pyjama Films. She has worked as an animation producer since 2009 and has a background in media culture and arts management (MA).

Sore Eyes for Infinity is a topical, gorgeous and heartfelt film that means the world to both the director Elli and the entire Pyjama Films studio. All support for the film is greatly valued and appreciated, and we are delighted to be able to reward you with our amazing perks! All money collected through the campaign will be used for the making of the film.

If you’d prefer to support our film through non-financial means, you can also help us simply by spreading the word of our campaign! All visibility is invaluable for us, as  will improve our chances of finding supporters!

Femme’s Contacts 5€
Support Sore Eyes For Infinity by purchasing this perk for only 5 euros! We will send you a Sore Eyes -themed COLORING PICTURE by e-mail and your name will be placed on our thank you wall.

Granny’s Goggles 10€
Be among the first to see the film! Support us for 10 euros and you’ll receive a LINK and A DOWNLOAD CODE for the finished film, and YOUR NAME will be on our supporter list in the FILM’S CREDITS! You’ll also get the previous perk!

Blind Man’s Shades 20€
For backing us with 20 euros, we will reward you with an EXCLUSIVE Sore Eyes For Infinity POST CARD SET only available during the campaign! In addition, you will receive the rewards in the previous perks: your name on our thank you wall, a Sore Eyes coloring picture, a download code and link for the finished film, and your name in the film’s credits as a supporter!

Nudist’s 3D Glasses 30€
For 30 euros, you will receive A SECRET MESSAGE from the film’s director Elli Vuorinen + super cool custom-made Sore Eyes for Infinity 3D GLASSES for reading it! AND, of course, you will receive all the items included in the previous perks!

Little Boy’s Magnifying Glass 45€
Backing the campaign for 45 euros will reward you with a folded Sore Eyes For Infinity POSTER (A2 size) and a link to Elli Vuorinen’s previous film SOCK SKEWER STREET 8, not to mention all the previous perks!

Cyborg’s Vision Tester 60€
Want to back us for 60 euros? That’s awesome, and worth a Sore Eyes For Infinity FLIPBOOK! It’s animation that plays entirely without electricity! Unique, ecological, recyclable! In addition, you’ll receive all the items in the previous perks!

Dr. DNA’s Microscope 80€
The pictures of the film look pretty incredible, don’t they? Our amazing reward for our 80-euro supporters is a Sore Eyes For Infinity themed PICTURE BOOKLET and Sore Eyes for Infinity DVD, allowing you to enjoy Elli’s beautiful art wherever you go! In addition, you will receive all the previous perks.

Monkey’s Projector 150€
Ever wanted to be an executive something? Sounds pretty cool, doesn’t it? Right now and right here, we are offering you the chance to be an EXECUTIVE PRODUCER, all for the simple price of 150 euros. Your name will be placed in the film’s end credits, PLUS you’ll be invited to the premiere of the film as a VIP guest. ONLY 15 of this once-in-a-lifetime opportunity available! In addition, you will receive all the previous perks.

Astronomer’s Telescope 250€
This is it! Incredible transformation! We will turn you into A CHARACTER in the Sore Eyes For Infinity animation! It’s not a joke, this is actually how we show our appreciation for anyone who backs our campaign by 250 euros. On top of that, you will also receive all the previous perks! ONLY 8 AVAILABLE IN TOTAL! ( 5 in Indiegogo)

Optician’s Eyes 1000€
The glorious reward for our 1,000-euro backers includes A PRE-PARTY and SAUNA NIGHT at our studio with the Pyjama films team and the Sore Eyes For Infinity crew, and A PUB CRAWL in Turku! In addition, Sore Eyes For Infinity director Elli Vuorinen will personally offer you ACCOMMODATION AT HER FARMHOUSE. In addition, you will also receive all the other perks available in the campaign. ONLY 3 AVAILABLE IN TOTAL. (3 in Indiegogo)

Pyjama Films is an animation studio in Turku, Finland, that we founded out of our love for animation. 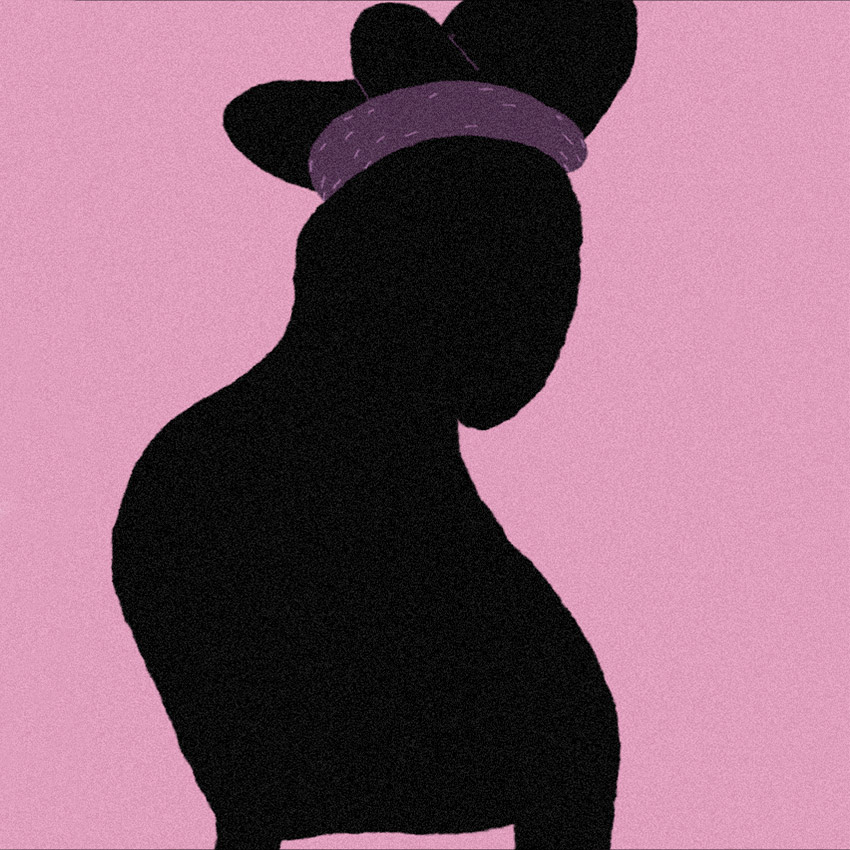 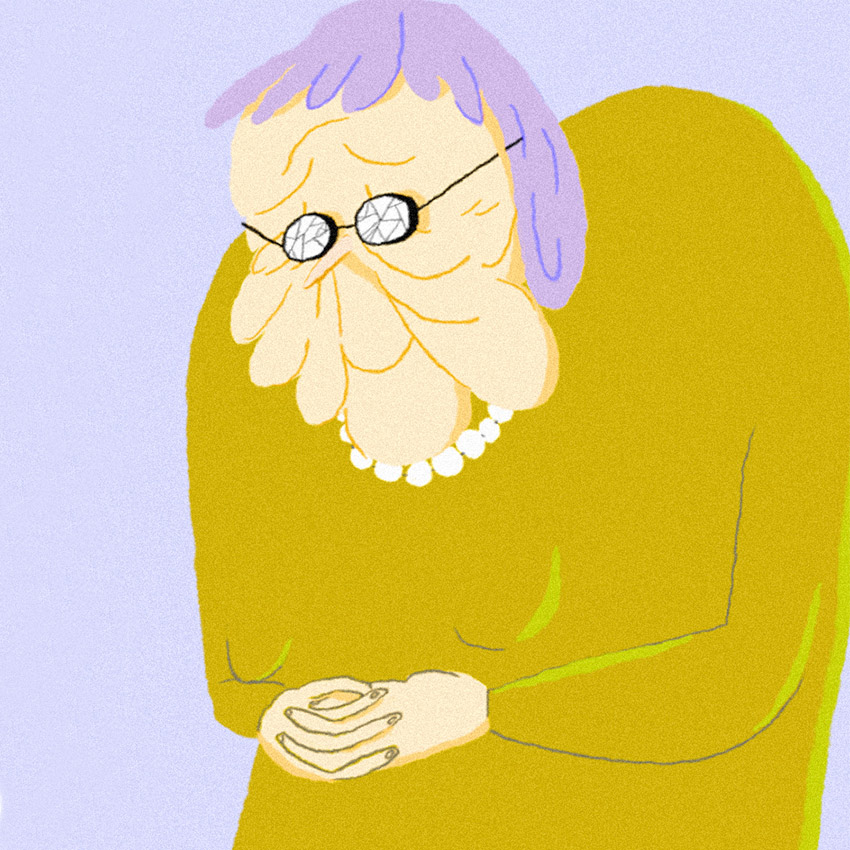 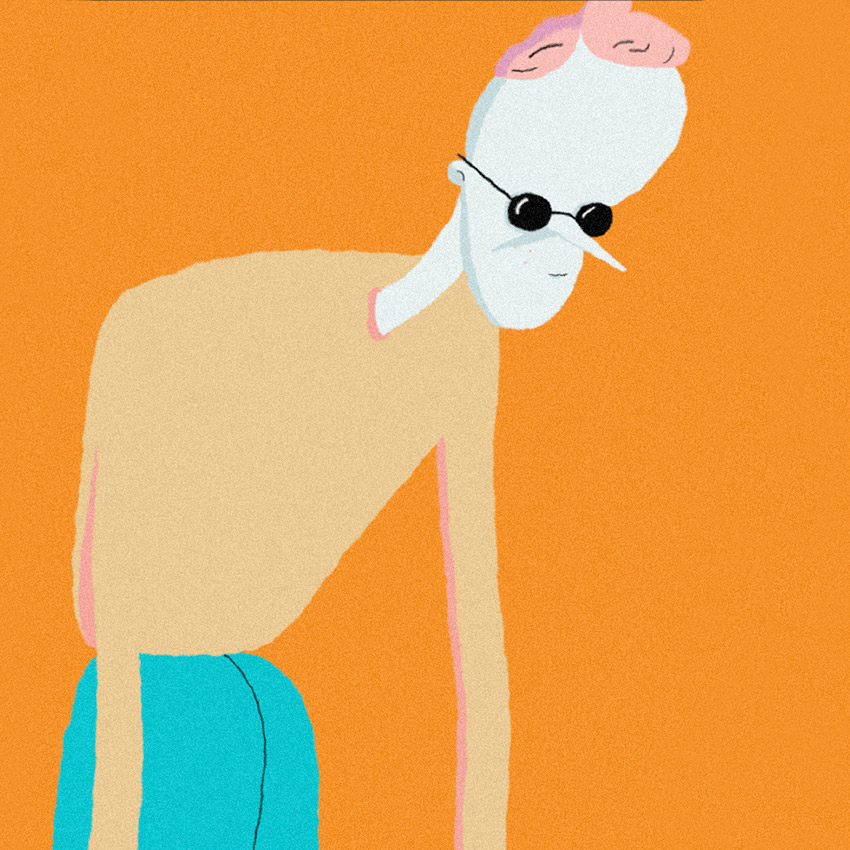 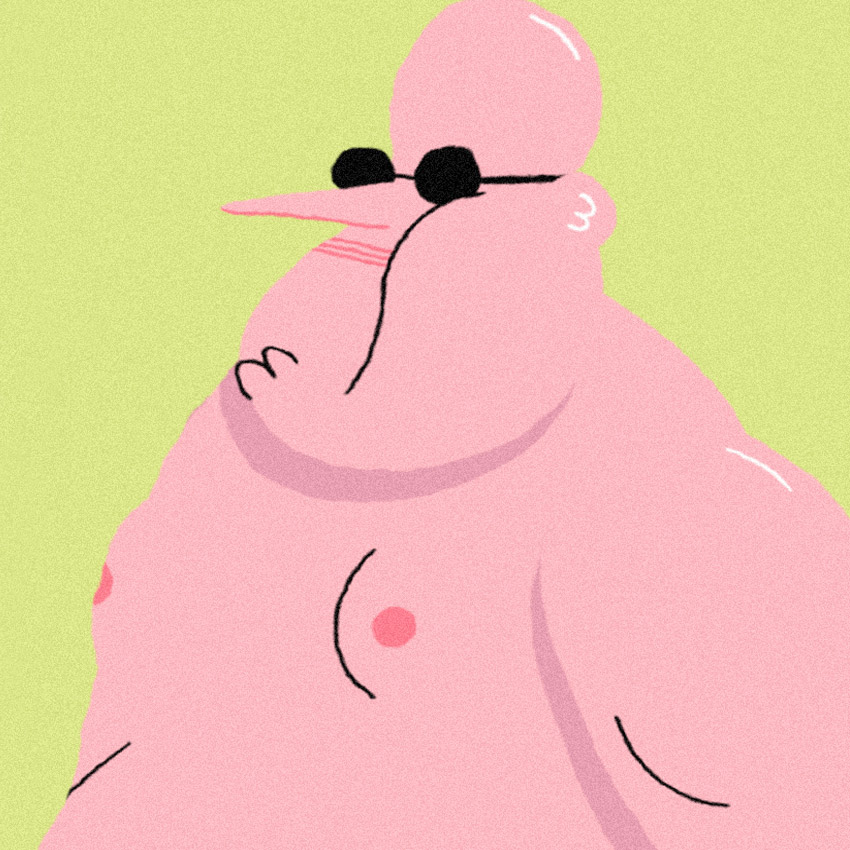 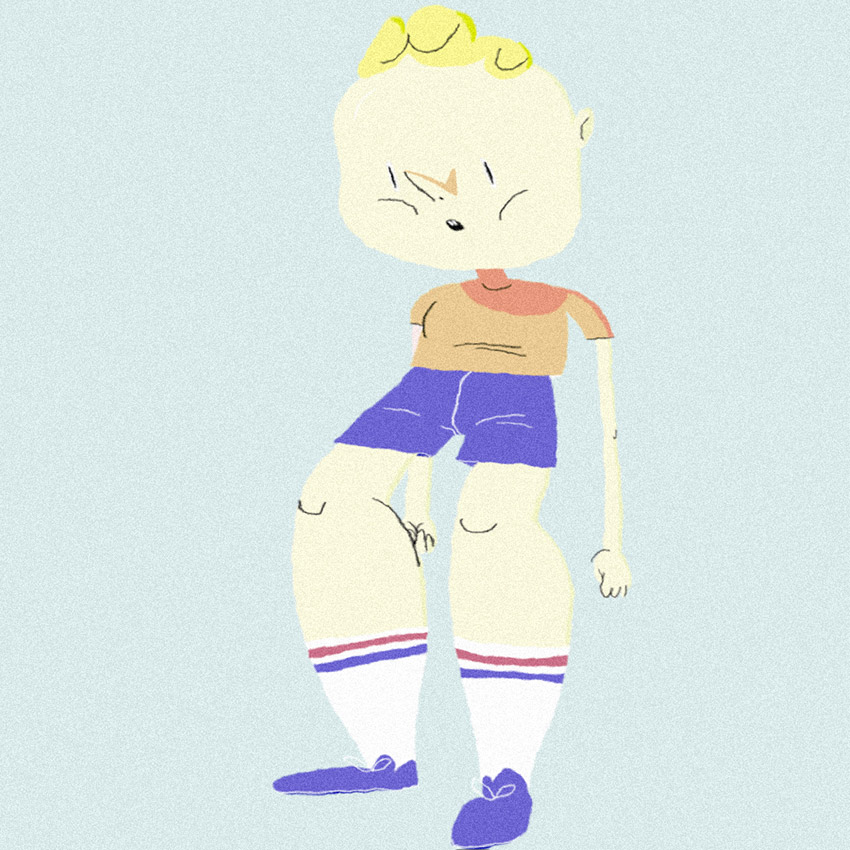 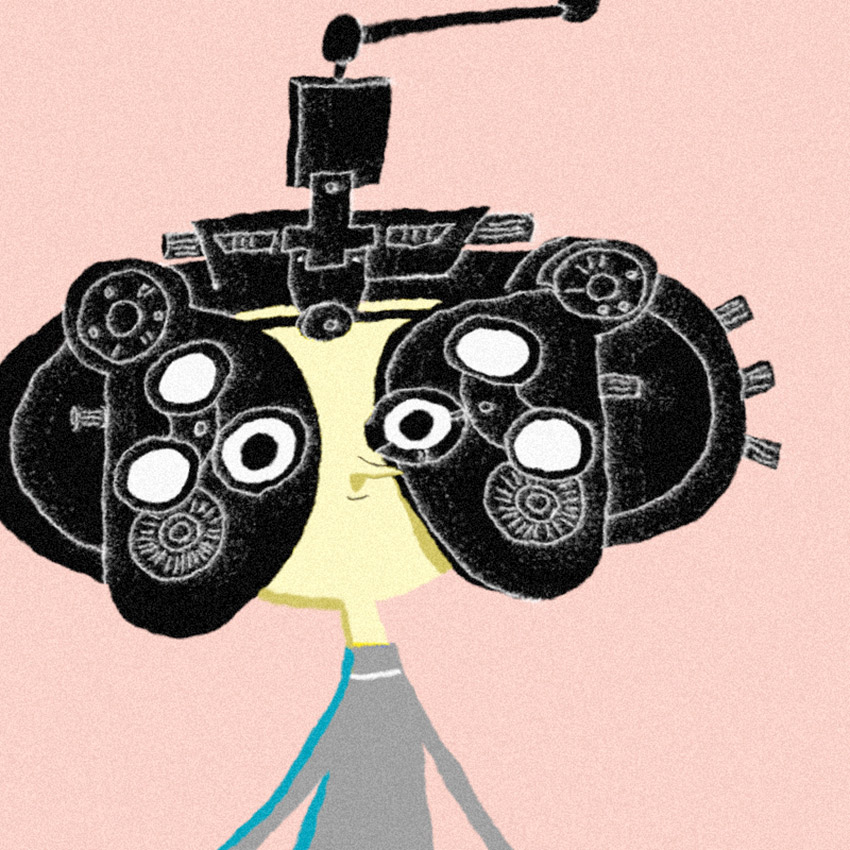 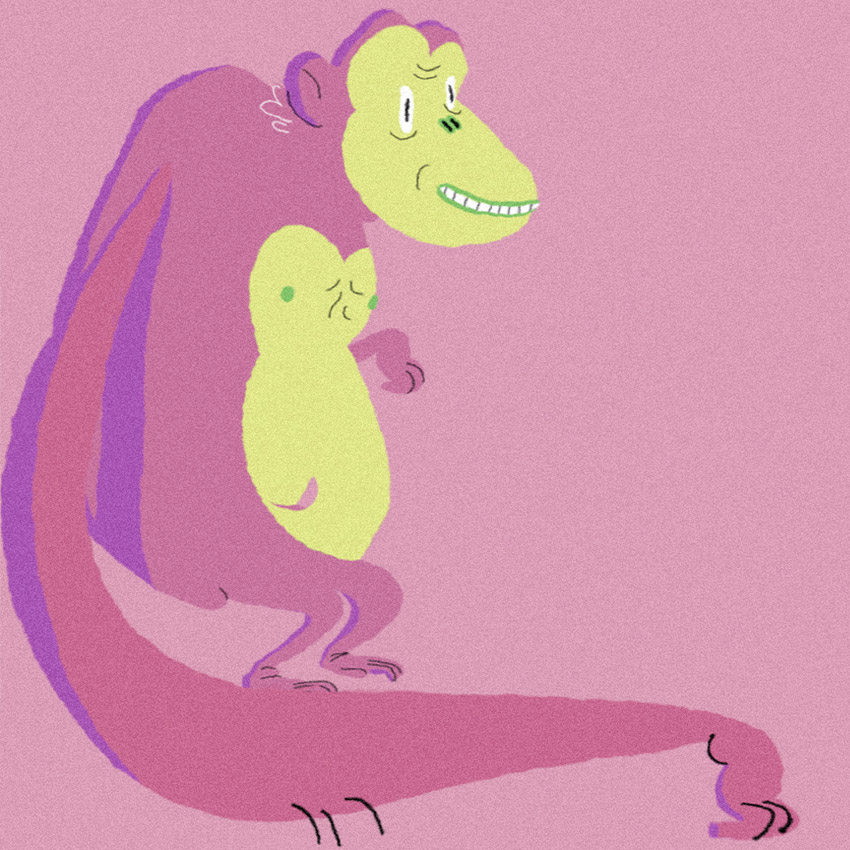 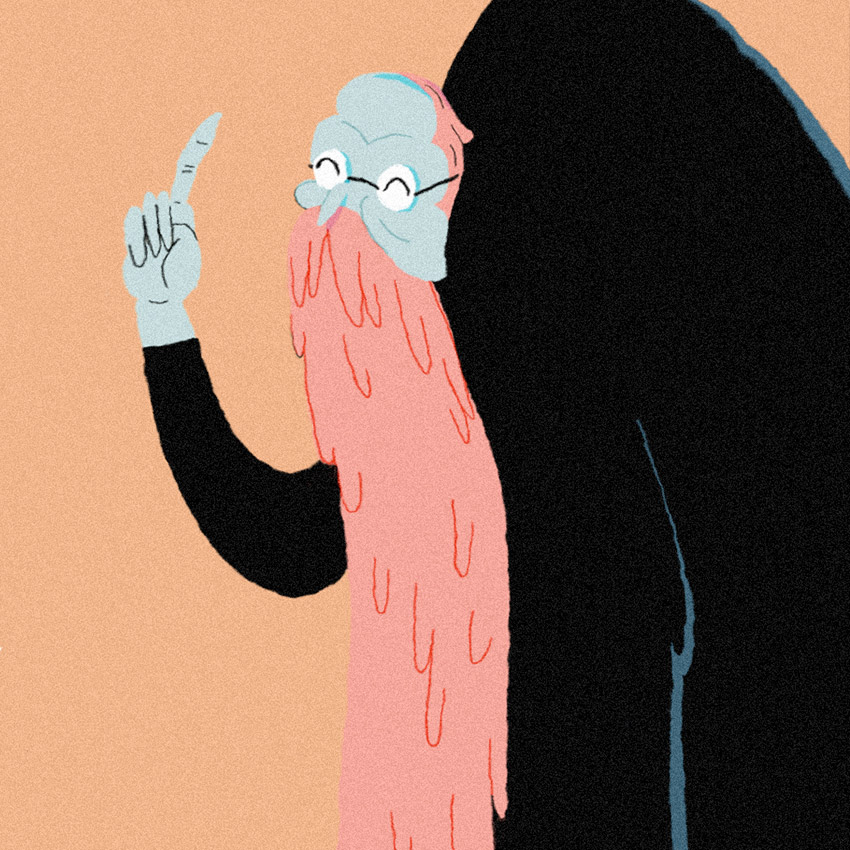 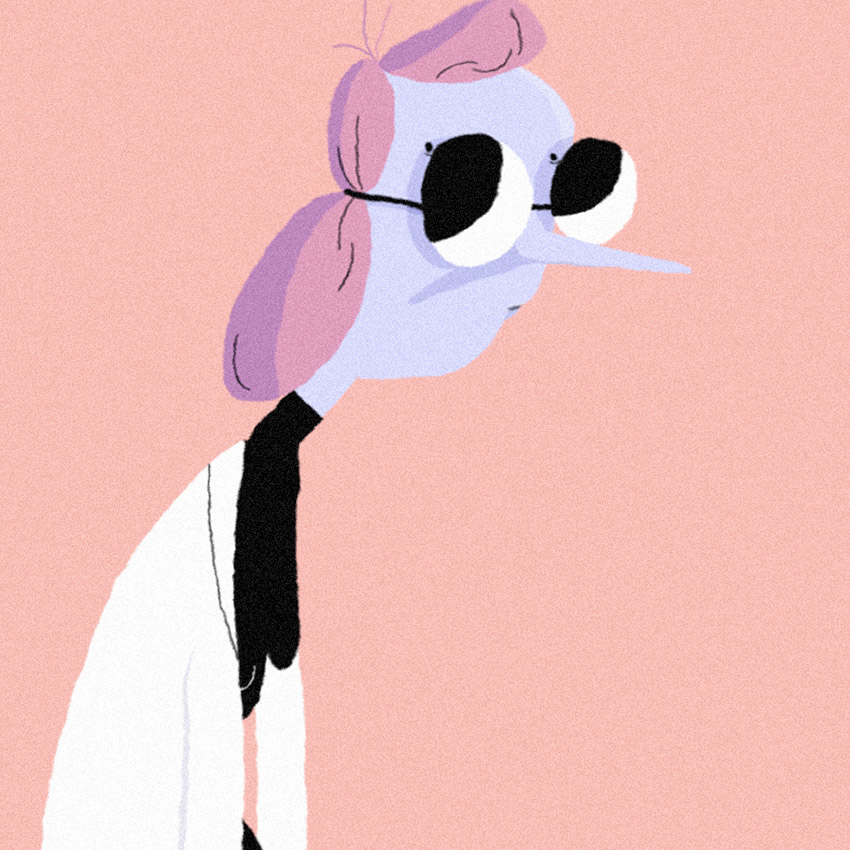